The history of arcade games is rife with exciting tales of developmental stories. The brains behind the evolution of gaming are often forgotten, or players are unaware of the humble beginnings and development from the block and ancient technology. If you want to grasp just how this can be, you need the first commercially sold full sized arcade game concept: Computer Space. Here we shall find out how it was conceived, as well as its impact on gaming as a whole.

The people who helped develop this game were the same people who formed the powerhouse ATARI and developed Pong: Nolan Bushnell and Ted Dabney. Together they created the game that became known as Computer Space. It wasn’t exactly a smashing success as Pong due to a great deal of lacking limitations in technology, mechanics, and other areas, but it was still a success all the same given the era that it was created.

One thing you have to understand about this game is its many other games. Several other sci-fi games were developed, like Galaga, Space Invaders, and Asteroid. Players would control a spaceship and fire at enemy combatants, and Computer Space is very similar in this regard. This statement shows that like Asteroids, where controls were used to swivel and twist your ship around, you can also fire at the enemy while controlling the thrusters. Unlike Asteroids, however, no debris fills the screen. The enemy, in this case, is flying saucers that will do everything within their coding to fire upon the player. The player needs to fight back in a span of 90 second time limit to score as high as possible. A later version of the game developed where two players could compete against one another simultaneously, making things extra fun for friends around.

Sadly, a game made in 1971 was created with its fair share of problems plaguing it. Computer Science had a host of glitches and bugs that could ruin this archaic-looking game with the right conditions. Sometimes, the spaceship wouldn’t move if things weren’t functioning correctly. There were even occasions where a player would fly their spaceship offscreen and won’t be able to see it again. What was a factor for many of these limitations and issues was that RAM processors weren’t made for arcade games back then; diodes were used instead.

Another thing that you might not realize is that there were other more archaic designs regarding this arcade that held it back besides the internal hardware issues. Amongst the old foundations that formed the Arcade itself was that the arcade screen was made from an old black and white TV set. On top of this blocky screen, the coin collector for the arcade was a coffee can. Many archaic parts were incorporated to save money because making arcades hadn’t become an exact art at this point.

Even though it was mentioned that Computer Space was a success, it wasn’t that of a hit for customers worldwide. Often, the game would be plagued with technical issues, and the controls become unwieldy for some. A significant amount of money wasn’t made for Nolan Bushnell, but a specific part was made to lay the groundwork for what would eventually become ATARI. Computer Science itself would lay down the groundwork of many space games of its kind when it came to the variety of full sized arcades created in the future.

Four of the Highest Ranked Full Sized Arcades from the 80s

Three of the top most popular fighting arcade games

The Evolution of Beat-Em-Up Games 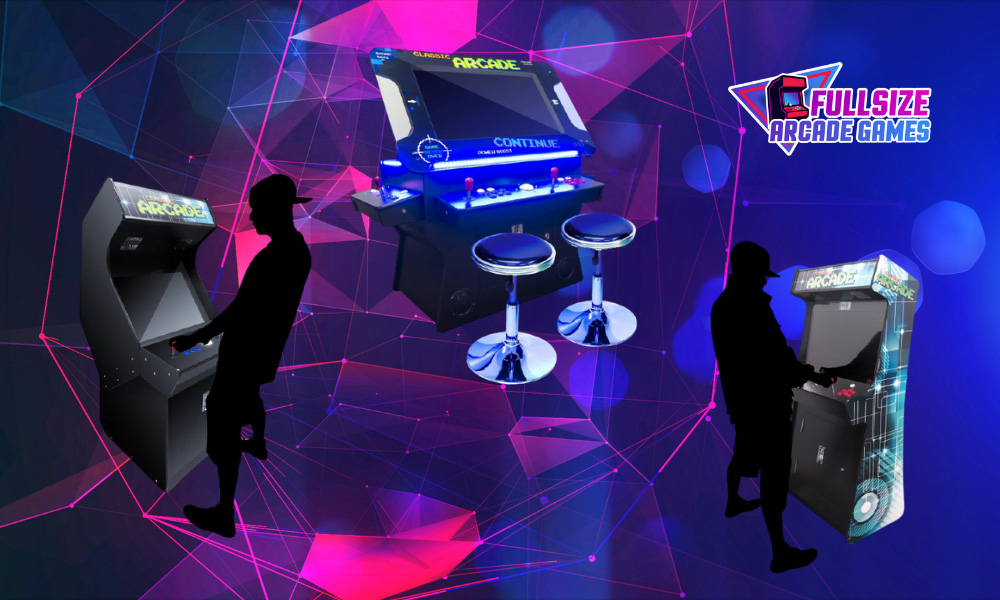 Before you go, let us offer you a 5% discount coupon for your next purchase.